What will your leadership Swansong be?

I was lucky enough to get to experience the wisdom of John Longmire, Senior Coach of the Sydney Swans AFL Club at an event held by Shadforth Financial Group recently and he shared some of his leadership strategies that have made the Swans the formidable force that they are.  As Swans Senior Coach since 2011, he has enabled them to compete in every AFL finals series during his tenure and to take out the Premiership in 2012.

John discussed the famous Swans culture, also know as ‘The Bloods’ that has enabled them to win time and again. For him, successful leadership is a case of always beginning with the end in mind. John’s knew that his Swansong was to build a highly successful winning team and as he shared, “A winning team needs a winning culture and this requires a special group of truly committed and respected leaders to bring the team together.”

The leadership team of the Swans players are elected in an open and transparent voting process which focuses on behaviour and culture rather than skills or talent.  “Technical expertise is everywhere but talented leaders are not,” John said,  “It’s the quality of the leadership that sets the level to which a team will rise.”

When asked about how to build a winning culture, John highlighted that this is always an ongoing process, “Culture is something you continuously have to work at. We protect it fiercely. It starts as soon a player joins our team where they are inducted and clear expectations are set for them. Every first year player has a mentor and resides with some 3rd and 4th year players who help them through their first 12 months with the team.”

This strategy is about succession planning and results in the ‘handing on of IP’ where hard earned lessons are passed on to accelerate the growth of the newer players.

90% of players are enrolled in further education to set them up for a career after football and every player on the team has regular meetings with a psychologist to ensure they get their mindset right. The education prepares them for a successful career after football and the counselling provides a counterbalance to the coaches for driving high performance which requires being tough on the players and holding them accountable.

When the mindset is right, the performance and engagement increases.

Informal formality is another part of the Swans culture. That is, discussions around the watercooler are encouraged and there is never a bad time to consider ideas on how to improve culture or performance.  Open and honest communication ensures players get the feedback they need to be successful, but a key point on accountability John made that is powerful for all leaders to recognise is, “The followup discussion with the player is more important than the feedback.” Taking the time to reward and highlight appropriate behaviour encourages more of the same from all of the team.

Player wellbeing is also a key focus, with a smartphone app collecting data on player sleep, soreness, stress and fatigue.  This provides a starting point for the coaching and high performance team to design programs to bring the best out of each individual. John believes in not treating everyone the same, but rather treating people as individuals with respect and fairness. “Everyone has challenges, it’s when you care enough to help people through their challenges that relationships and loyalty develop.”

Asked a question about how he would inspire the Swans to turn around their performance on a game day if they were going into a final quarter twenty points down, John made a great point that anything he could say would really make little difference, “It’s not about the speech on the day, it’s all about the time you have invested in the relationships, training and preparation in the days and weeks before the match that enables the team to do this.”

So, if you’re wanting to build a winning organisation, keep your focus on building a winning team.  Develop a high performance culture and work on developing the individuals within your team, growing their skills and confidence  and commitment to doing all that they can to help your team win.

Would you like ideas to help you build stronger relationships in your organisation, and inspire your team to reach higher levels of performance?

For more than 30 years, Rapport Leadership has innovated the way leadership is taught and empowered leaders with the confidence, self-esteem, and focus necessary to improve their results and build high performance teams. 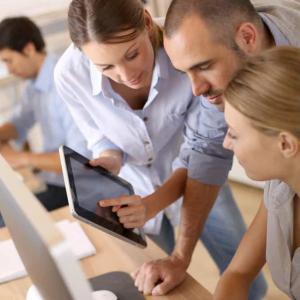 The importance of business planning