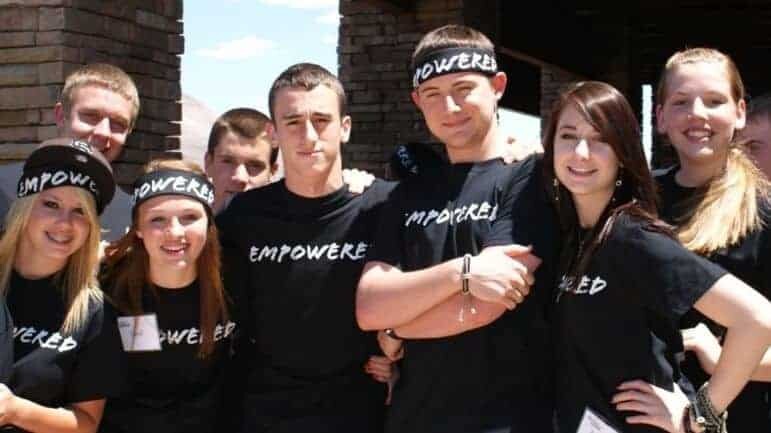 WHAT TEENS ARE SAYING:

“I will never forget the day that I discovered that I am a leader.”

“Thank you Rapport for changing my outlook on life, for making me feel like the empowered and confident woman I am.”

“After attending Rapport I now look at myself in the mirror and see confidence.”

“Now I have more self confidence, more enthusiasm, and I feel great about myself. In addition, Rapport has made me appreciate all of the people in my life who love and care for me.”

“Through the exploration of my own personal weaknesses, strengths, abilities and potential, I have become an individual who is truly more understanding of others, but most importantly, of myself.
The training I received was life-changing for me; if all people would receive such training, the world would have so much more passion, respect, and understanding.” 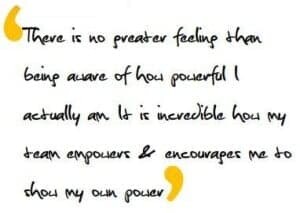 WHAT PARENTS OF RAPPORT GRADUATES ARE SAYING:

“My son has always had leadership qualities, but the training he received with Rapport has galvanized his abilities and his desires in a new and enthusiastic way. It is such a privilege as parents to see him experiencing the joy of his individuality at such a young age. This will not only impact his life but all of the varieties of relationships which he is privileged to be a part of, family, church, school, employment and acquaintances.”

“My son expressed the importance of focusing to get things done and get to the target. He is putting that into action with his school work as well as with basketball.”

WHAT EDUCATORS ARE SAYING:

“Rapport has helped me see the bigger picture again, and focus on what is important.” –Principal

“Anyone who believes in kids and their potential, this is a program to help them reach that potential.” –Teachers

“Rapport Leadership has reawakened the high school principal’s desire for him and his campus to be the very best. It has reminded him that complacency is the enemy and he is the person who makes the difference. This directly impacts student success due to what it means in terms of preparing teachers to work with kids.” – Superintendent

“I would recommend this program to anyone who has a commitment to self and professional improvement.” – Vice Principal

“As a result of the custom training Rapport Leadership provided us, communication dramatically improved. Open feedback is more evident between all members of the staff. As a result, our mission statement for the upcoming school year is full of enthusiasm, conviction, and passion.”– Department Head

After graduating from Rapport, Laura has received the Outstanding Youth Community Achievement award for her active involvement with South Oregon Drug Awareness (SODA), a non-profit organisation. Since then, she won the National Student Television Award for excellence as a co-writer and co-producer of a public service announcement on the prevention of underage drinking. Capitalizing on the public speaking skills from her Teen Leadership Breakthrough training, she has spoken before one thousand people on the steps of Washington, DC, regarding alcohol abuse prevention.
Laura views her life as “before and after Rapport.” Before her training, her family experienced a lack of communication and had difficulty expressing their needs and feelings toward each other. After the program, Laura became eager to tell her father, a Leadership Breakthrough One graduate, how much he meant to her. She developed a clearer understanding of his love and affection for hisfamily. She also noticed an improvement in her grades and her relationships with teachers and peers. According to Laura, “After I graduated from Rapport it seemed that my whole life changed within a week.” Moved by her experience, Laura set out on a mission to enroll her friends into Teen Leadership Breakthrough. With her father’s support, she devised a plan: she wrote a letter about her training, what it meant to her and her desire to see others benefit from the program. Within one year, five of her close friends attended the training.